My sweet high school buddy asked me if I could paint her table and chairs.  I said sure thang girlfriend!  She says she wants an earthy, beachy feel and she loves the rustic white stuff I had been doing, with maybe some blue peeking through.
Would you belive that this: 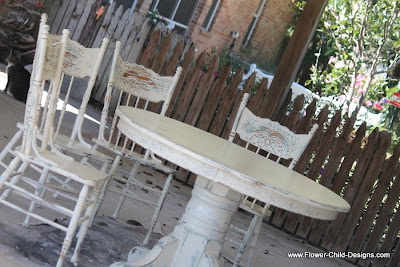 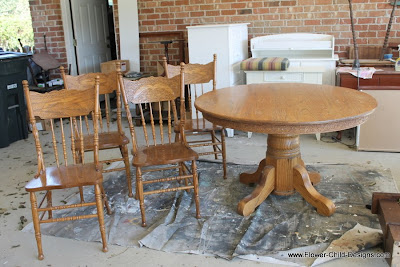 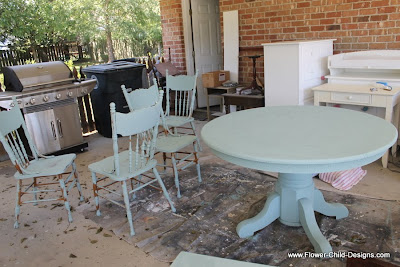 Then I painted it with the off white. 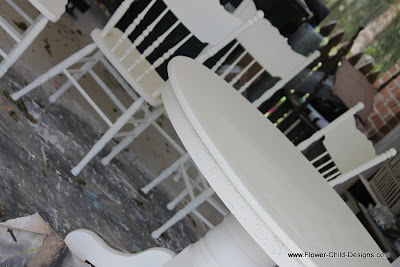 And then I started sanding.  As I sanded the blue would come through in some places. 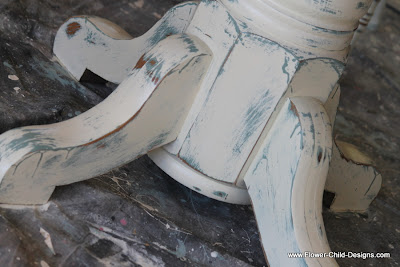 See that drip?  Well, I stratigically place drips here and there.  My husband about freaked out because I had a "drip," until I explained that I had purposfully put it there.  I tried to explain that I wanted it to look like it had been in the family for generations and had been painted multiple times and that there would have been drips along the way.  He and his OCDism couldn't quite grasp the concept - lol!  Luckily, my friend loves drips and totally understood!  I LOVE the detail around the bottom of the table.  I really wanted it to stand out so I tried to sand down to the blue so that it showed it off a little better. 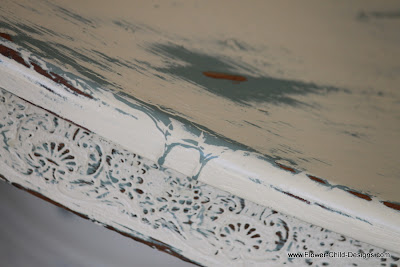 I wish I had gotten a better shot of the top so that you could see the blue peaking out here and there. 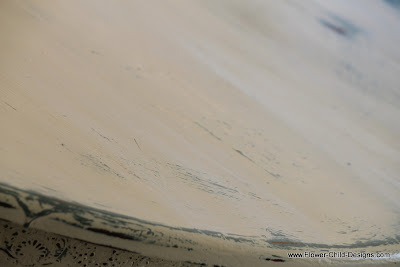 I think the detail on the chairs showed up nicely also. 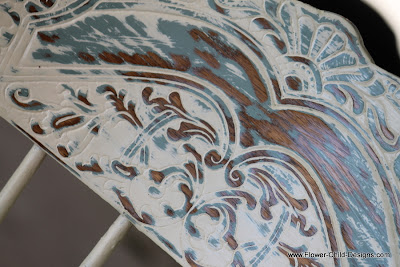 My husband and son helped me sand the chairs.  I had to teach them how to sand the seats in places that get the most wear, like where your hiney goes.  Once they got the hang of it I had to slow them down because they got a little "happy" with the sanding. 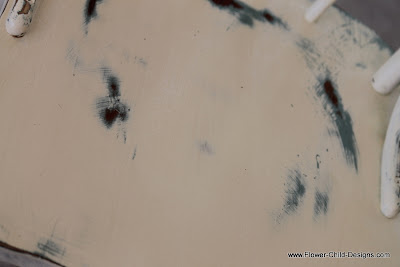 As much as I HATE painting spindles on chairs (truly, they are the spawn of Satan!), I must admit that these are gorgeous! 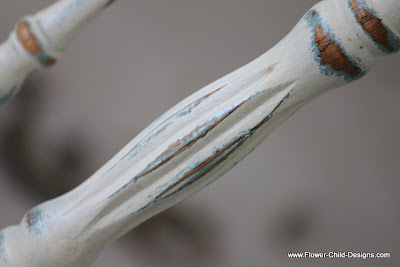 I think it turned out beautifully, but the true beauty is the story behind it. See my friend could have gone out and bought a new table and chairs, but she had bought this table and chairs several years ago at a time when she really didn't have much money.  She had seen it and fallen in love with with it, but she had two babies and no money.   She saved, and saved and saved until she had the money to buy it.   It is a reminder to herself of what she can accomplish with a little hard work and determination.
Peace-N-Luv!
Debbie﻿