Bet ya didn't think Alabama had snowmen did ya?  Well now you know we do.  At least this is my version of an Alabama snowman.  So how did I come up with this little guy you ask? 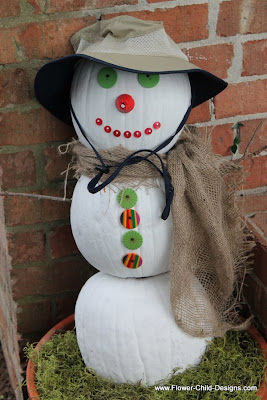 Well it all started with these.  I had bought these pumpkins to carve at Halloween, but then we forgot all about them were so busy we just didn't have time.  And here they sat on my back doorsteps because I just have not had time to get rid of them.  I was decorating around my back door the other day and I picked one up to throw in the trash, but I really hated to because they were still perfectly good pumpkins.  Then I had an idea (this is where Mr. Flowerchild says "OH NO!" but its okay because I have my own tools and I don't have to wait on Mr. Flowerchild - once again this is where he would say "OH NO!!"). 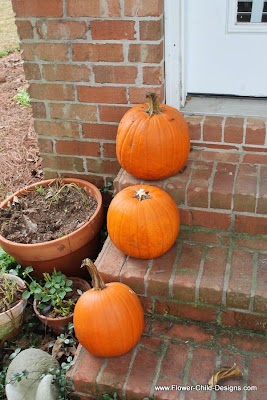 So I pull the stems off (even though it pained me to do so after I had spent an hour picking out three pumpkins with really cool stems) and I turned them upside down and painted them white. 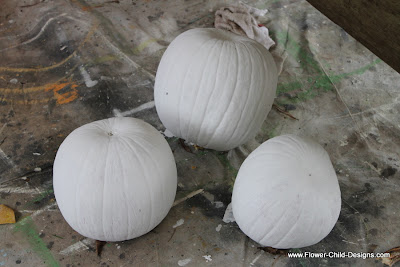 Then I got these little stick thingies... 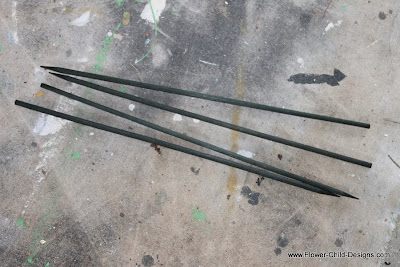 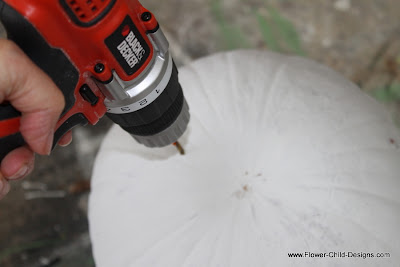 to insert the little stick thingies into. 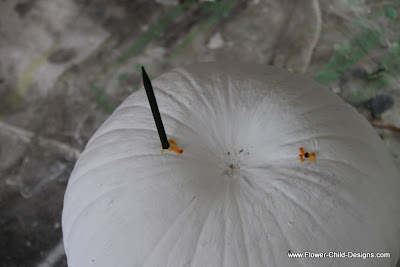 I did the same thing on the underside of the next pumpkin. 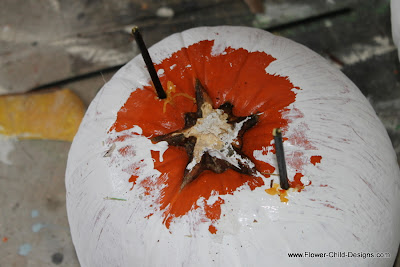 Then I stacked them on top of each other making sure the little stick thingies went into the drilled holes.  Then I used buttons, a Lego piece for his nose, Flowerbud's hat (although he protested like he wears the darn thing), drilled some more holes and inserted some stick arms and then put on a nice burlap scarf, because being from Alabama he HAD to have some burlap somewhere! 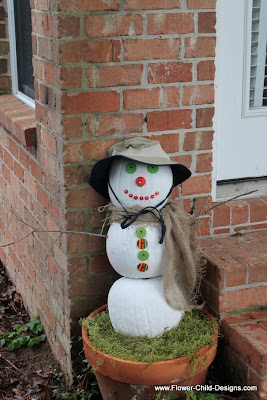 Turned out pretty cute huh?  Now, I did add some of that spray snow stuff, but I forgot to take another pic (sorry).  I will say it would have been much easier to add the snow BEFORE I decorated him. 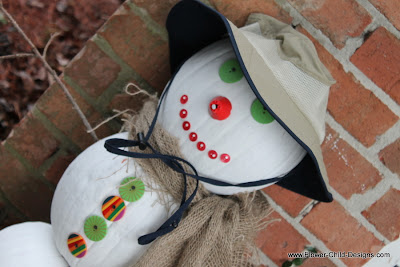