Remember that gorgeous sideboard I shared with you guys a few weeks ago? Well, after it was pushed back into place and you turned the overhead lights on it was a little too blue, as in baby blue, so I had to go work on it some more.  While we are talking about gray looking blue I'll give you a little lesson on color. Most people think you just mix white and black to get gray, and that is true to a point, but what most people don't know is that you mix blue and brown to make black so that is where the bluish tint comes from.  If it is too blue you can try adding some red or brown, but in this case I was using milk paint so sometimes I would get more blue pigment when mixing it.  Normally that would have been fine, and that's what I like about the milk paint when painting something to look old because it sometimes gives you varying shades, but in this case it was all good 'til you turned the lights on then it was kinda baby blue.  Here it is today (sorry about that shadow, a really good photographer would have noticed that, I'm not a really good photographer... or a really good blogger...): 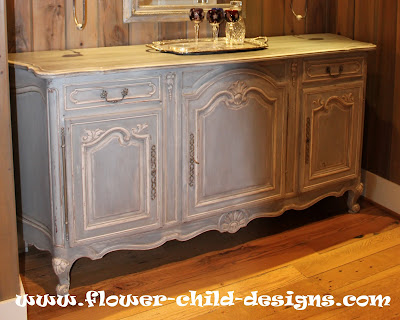 Here is a pic of the "before" (I tried to do side-by-side for y'all, but it is really a big ol' pain in the you-know-what and as much as I luv y'all after trying for like a friggin' hour I decided you guys could just pretend they are side-by-side. Maybe y'all can print the pictures out and hold them side-by-side???  just kidding!) 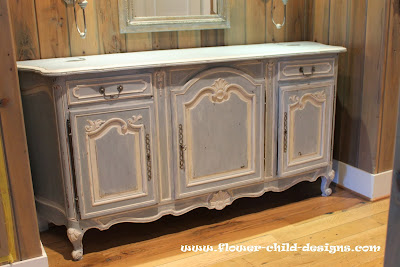 I know its kinda hard to see the difference, but I'll share some more up-close pics and then maybe you can tell.  Basically I did a wash with dark gray paint, kinda like white-washing, but with gray.  You can see the bluish tone in the first photo below, and the more gray tone in the second photo. 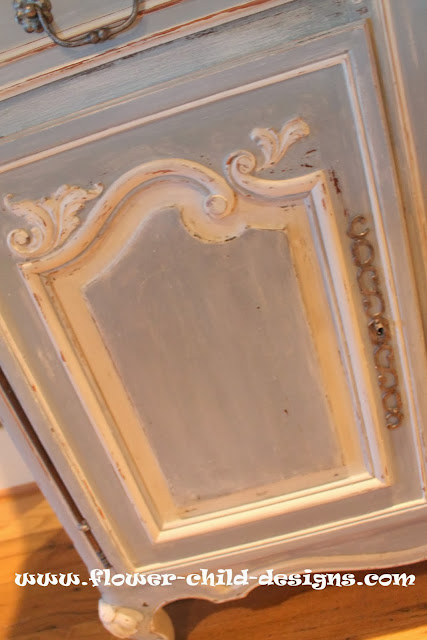 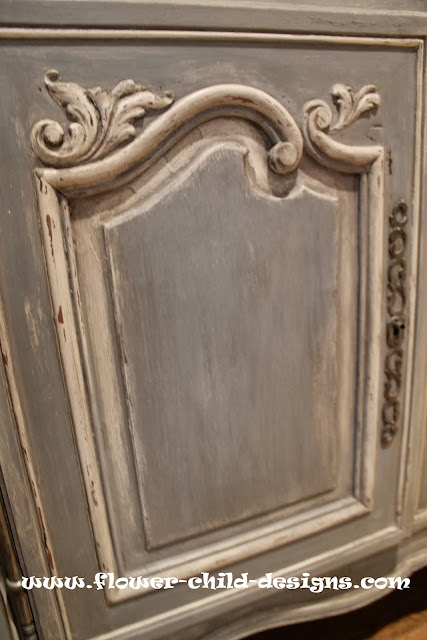 She also wanted me to tone down the contrast between the white and the gray. 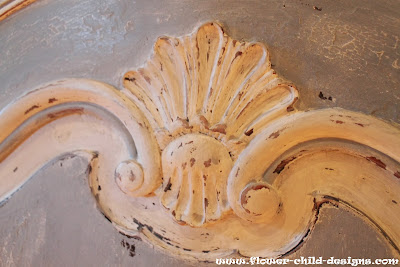 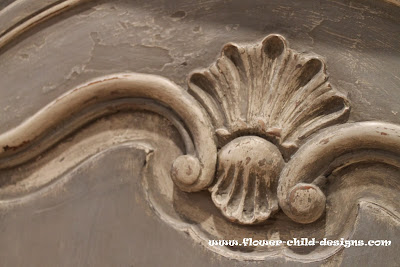 Here are a few more for ya: 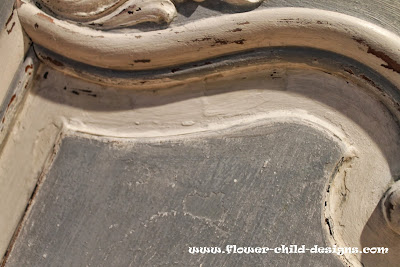 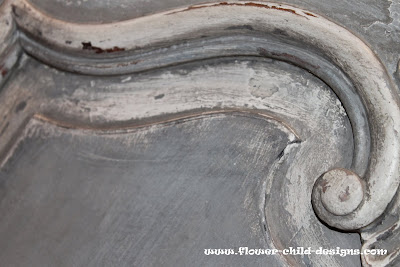 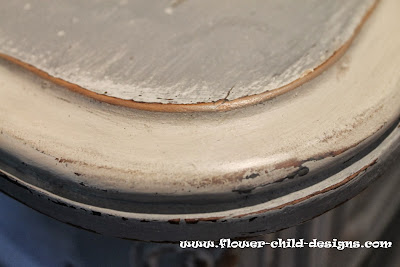 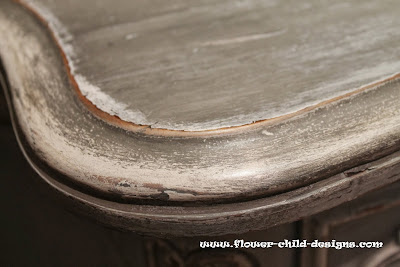 I also added an even darker mixture to the top: 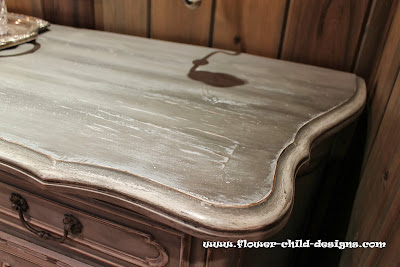 I luv it even more now!  Personally, had I been painting it on my own and not under anyone's direction I probably would have done this last step anyway, but I was trying to stay close to the inspiration photo.  So now you know how to change the tone of a color without having to repaint the whole thing.

Hope y'all enjoy it as much on the second go-round as you did the first!

Miss Mustard Seed
Posted by Unknown at 9:18 AM