I've been doing a lot of work for a really sweet lady who just moved into her new house.  While I was there recently working on some furniture she was doing some unpacking and putting things away and she came across all of her Thanksgiving decorations and with a heavy sigh said "I might as well just get rid of all of this because you know she's [the designer] is not going to let me use it here, and I guess it wouldn't look right anyway."  I looked at what she was holding, and I agreed, BUT I told her I might be able to do something with it so that she could use it in her new house, and this what I did: 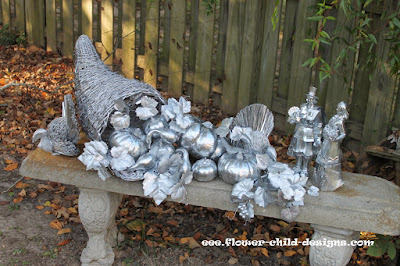 Pretty cool, huh?  Yes, I know you're thinking its not traditional, but her house is not traditional and all of this in its original form would have stuck out like a sore thumb, I promise!  See this is what it looked like before: 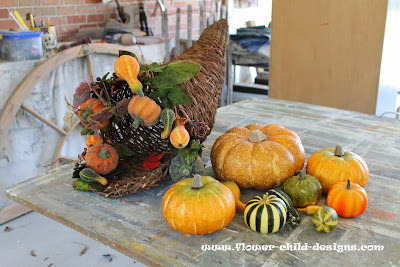 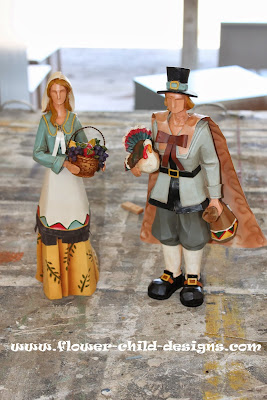 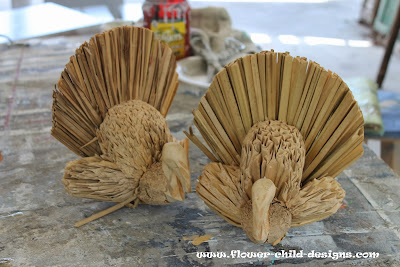 Nothing wrong with any of it, but it just didn't work with her new look, so I took a can of this: 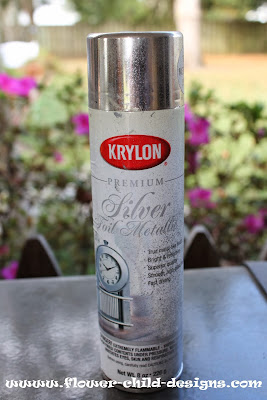 and gave it a more contemporary look that goes with her new decor. Originally I was going to go over it with a little bronze glaze, but then I decided I liked the starkness of the shiny foil-like silver. 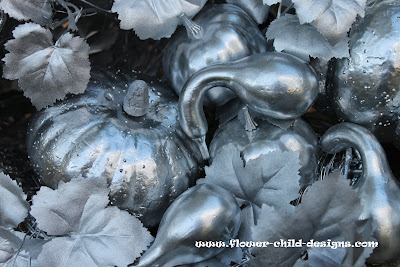 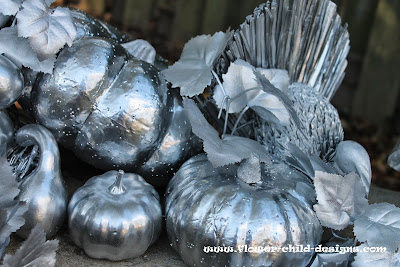 I think the pilgrims turned out great!  It works because they have such contemporary lines (just ignore that thumb print on her dress where someone touched it before it was dry...but that someone fixed it!). 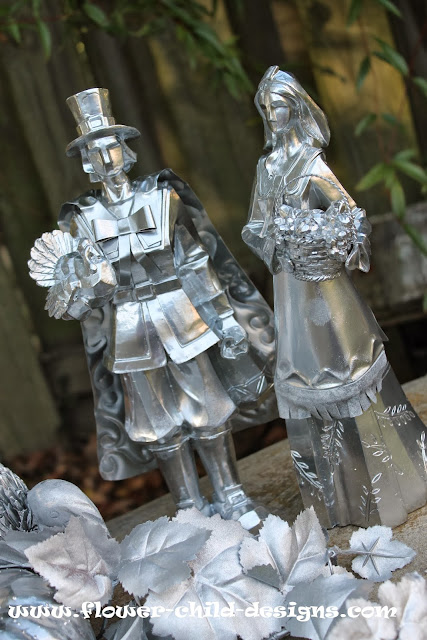 Doesn't it look great on her dining room table?! 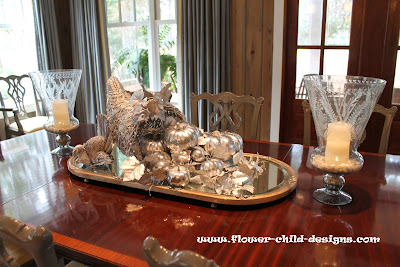 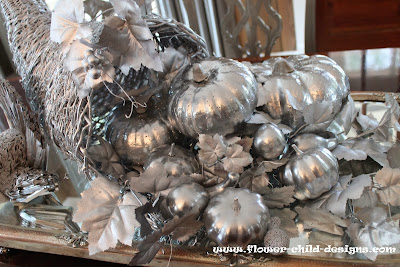 So there ya go, a new spin on a traditional look.  Now everyone is happy, the client is happy because she got to decorate for the holidays and hopefully the designer is happy because it doesn't stick out like a sore thumb and I'm happy because I made someone smile!