Hello groovy people!  Well I survived Mardi Gras and now it's time for Lent.  Do you and your family give up meat on Fridays?  While most people who do usually eat seafood during Lent, to my husband's dismay my son and I don't care for it.  Yes, I know we are odd.  Yes, my parents love seafood and had it all the time when I was growing up (probably because I peeled the shrimp for everyone since I didn't eat it...). Yes, it's true my daddy offered me  $50 one time to eat an oyster and I said "no thank you, I don't eat anything that looks like a booger."  Thankfully this does NOT look like a booger! 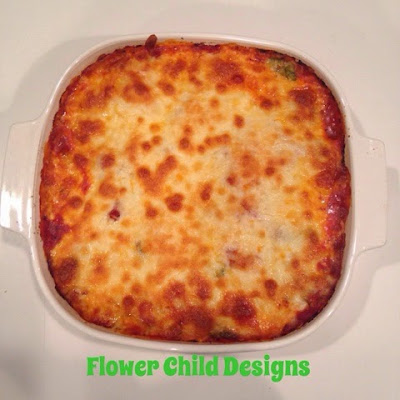 I thought I'd share this dish with you guys 'cause while it isn't the most nutritious meal, it is quick and easy, and it's pretty yummy.  It's also my son's favorite meal during Lent.  In fact, my son loves Lent because I rarely cook pasta for dinner except during Lent and he absolutely loves pasta!

I apologize because I don't measure, but I think it'll be okay with this dish.  So, you're gonna start with these ingredients: 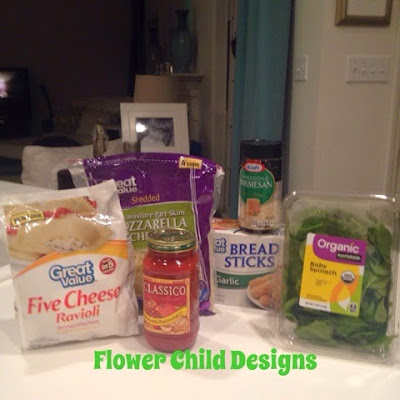 You will boil the raviolis according to the directions on the package.  Drain them and pour them into a casserole dish.  Then pour the entire jar of sauce on them.  I like Classico, not only is the sauce good, but when you're done you soak the jar for a bit and the label will come right off, then you have a nice mason jar to use for something crafty!  After the sauce I throw in a couple of big handfuls of spinach.  Next I add some Parmesan cheese - if I had to guess I'd say maybe a quarter to half a cup. 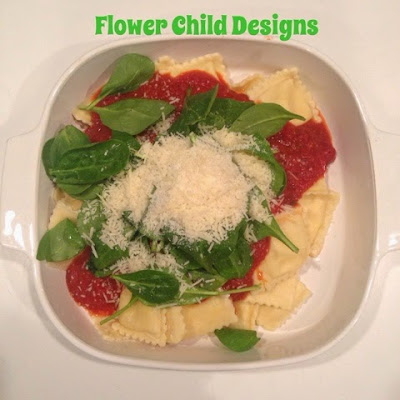 Then you stir it all up! 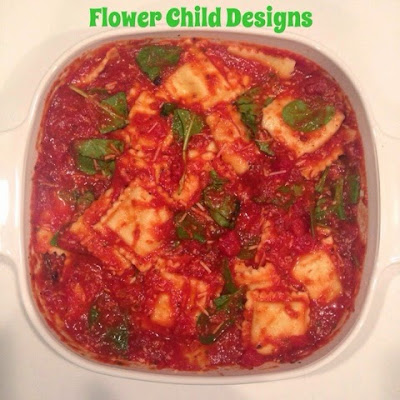 Now I know it's not lookin' real pretty right now, but you're gonna throw on some grated mozzarella cheese and BAM! that dish is rockin' now! 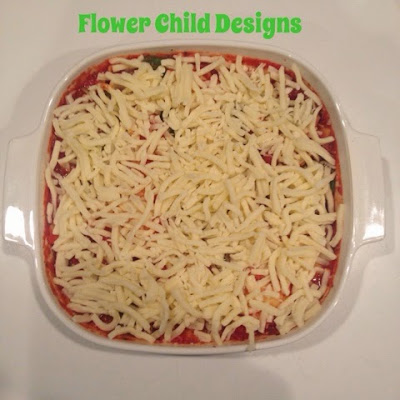 Not sure how much mozzarella that it is, I just cover the top.  Then I stick it in the oven for about 25 minutes or so on 350, just til the cheese is melted and bubbly on top.

Throw some bread sticks in the oven while it's cooking and you've got yourself a meal. 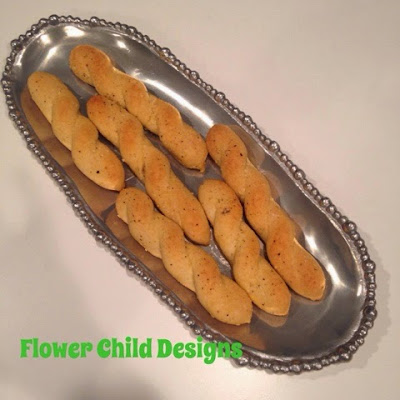 Easy Peasy and oh so yummy! 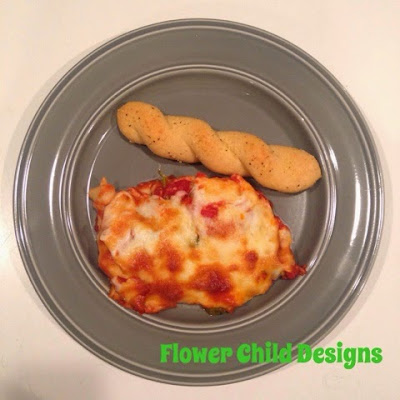 I will say that I normally serve a salad along with it, but on this particular night Mr. Flower Child wasn't home and Flower Bud says salad makes him nauseous (he's a teenage boy, go figure?! Hence the spinach I added above-ha!).

Hope y'all were able to follow along.  Just send me a message if something didn't make sense.